You are viewing this site in staging mode. Click in this bar to return to normal site.

Christine Skelmersdale has been an enthusiastic gardener since childhood and has been the Managing Director of Broadleigh Gardens, a nursery which specialises in smaller bulbs, woodland and foliage plants for 40 years. The 5 acre garden is open every weekday for a charitable donation.

A keen plant photographer with an extensive library of slides. An inspirational lecturer, she lectures widely in Britain and abroad both on gardening topics and plants in the wild (China, Nepal, S.Andes etc.). She also specialises in Day Courses on the background and use of bulbs creatively in the garden, but also has a long list of general lectures – she has been recently described as “an exhilarating lecturer with contagious enthusiasm” 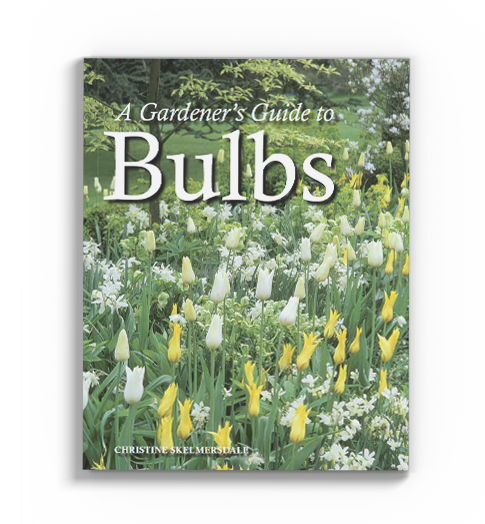 Author of ‘Creative Gardening with Bulbs’ (1989), she has written articles and reviews for, amongst others, The Garden, The Daily Telegraph, Gardeners’ World Magazine and published “Gardeners Guide to Bulbs” in July 2012.

Species peonies are one of her passions and there is a large collection of peonies at Broadleigh.

As President of Friends of the Bristol Botanic Garden, she was heavily involved in the move to The Holmes and the creation of the new garden. She remains on the Curatorial Advisory Committee.

At the 2009 Hampton Court Flower Show She was presented with the Victoria Medal of Honour (VMH) – the RHS ‘s highest award for services to horticulture.

In April 2020 she was awarded the Peter Barr Memorial Cup for her services to daffodils.

She has made frequent television appearances and wrote and presented the bulb section on the Wisley Collections video.

Christine Skelmersdale appeared on the Alan Titchmarsh Show – ITV1, 28.09.07 where he presented her with his ‘National Treasure’ award

Over the past 30 years, the 5 acre gardens and nursery at Broadleigh Gardens have become a well established major attraction for our customers. Described by one visitor as a wonderful secret garden.

The gardens are open Monday – Friday 9am to 4pm for a £2.50 charity donation